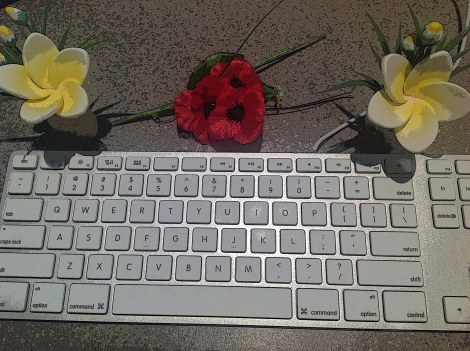 There are many French words that have slid nicely into everyday English language but a few of them continue to cause the occasional visage rouge when written down.

Let’s look at a few gendered ones first, for they present a quandary that most English writers will confront at some point. Then we’ll venture into the complexity of some plural forms for words of foreign origin.

So, if you are describing a fair-haired woman of light complexion, she will be blonde. However, her equally light-haired, fair-skinned male companion will be blond. And, when describing their their close friends, a darker-haired couple, the woman would properly be described as brunette and the man as brunet.

Yes, you might say, that’s pretty easy to remember when it comes to living beings, but how about a light-coloured wooden cabinet? The English language doesn’t tend to ascribe gender to objects with quite the enthusiasm that several European languages, including French, will do.

Well, when it comes to objects of unknown gender – such as the cabinet just mentioned – or mixed multiples, we use the male form, blond.

Let’s say our blond couple are engaged. So, he is her fiancé and she is his fiancée. When we speak these words aloud it is almost impossible to detect a difference in pronunciation.

When it comes to making foreign words plural, let’s take as an example a Latin word most writers will know: alumni.

Staying with our engaged couple – who also happen to be graduates of the same university – they can be described as alumni of that university. However, he is an alumnus and she an alumna. If she met up with a group of other female graduates they would be alumnae. Don’t you just love Latin declensions?

Then there are words, such as the delightfully French bureau, which cause writers a bit of fun in the plural. Some news outlets and publishers are happy to go with bureaus, but the correct form is bureaux.

So, when our couples arrive in Paris for a joint holiday, they may have several bureaux de change (currency exchanges) to choose from or, perhaps, they will simply use the bureau de change on their arrival at Orly airport to convert their dollars to euros.

While they are visiting France, our two couples may nip down to the principality of Monaco just off the fabulous Mediterranean coastline to catch the famous Grand Prix.

In years to come, the beaux may insist on watching many grands prix on television together, to recapture that thrilling Formula 1 experience, while the women go shopping at their favourite perfumery for eaux de cologne.

Decades down the track we may find, to our dismay, that one of our young couples – having been wed under the Arc de Triomphe at the Western end of the Champs-Élysées – have decided to go their own ways. After their marriage ended, she would then be a divorcée and he a divorcé.

My only tip for reporters and writers is to commit these trickier words to memory and, if uncertain, check back here. Bon chance.

FOOTNOTE: US writers may find that newsrooms and publishers no longer distinguish between the masculine and feminine versions of French and other foreign words, opting instead to standardise on the masculine form. This is yet to happen in the UK or Australia.