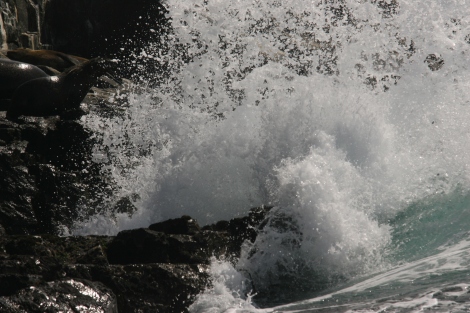 (This opinion piece, originally written in 2003, has proved eerily prescient as the debate on media reforms rages here and abroad a decade later. It was written after the first Bali bombings.)

As we move into one of the most volatile and dangerous periods in modern history it is especially important that journalists and newsroom managers consider another side to coverage of traumatic incidents and how what they write, say, show and report affects others.

I certainly do not subscribe to the “all journalists are bastards” school of thought.

However, I have come to realise – both as a journalist and as a researcher – that news media often behave in ways that unnecessarily cause significant harm to others and, potentially, to themselves.

Having talked extensively to victims in both roles, I have had to confront the uncomfortable notion that the additional impost of heavy or insensitive news coverage at highly charged moments too easily translates to exploitation of those who are most vulnerable.

This has long-term consequences, not only for these victims and survivors but also for a surprisingly large circle of people around them. Perhaps even for journalists too.

However, when challenged about harmful behaviour or publication, Australian journalists tend to retreat behind familiar defences: the public’s right to know, the greater good, our cherished freedom of speech, the ubiquitous quest for truth or an abhorrence of censorship.

There are news personnel in every medium who behave as though they have an absolute right to intrude, wherever and whenever they please, when covering a “big news” story.

Certainly victims, survivors, their families and their communities do not share this belief.

I found many were still angry about, and disturbed by, news media’s behaviour, even years after their own experiences.

They tell how news personnel called at all hours of the day and night, often repeatedly, for days, even weeks, on end … even on the day of a victim’s burial.

Some simply turned up at their doorstep demanding an interview, photographs or footage, cajoling, coercing or threatening adverse publicity if they did not get co-operation.

Surprisingly often these people had learned about the fate of a loved one through early unguarded media reports.

Some had to deal with gut-wrenching images, sounds or reports of the dead and dying that they would never have seen, or chosen to see, had it not been for news coverage.

Alarmingly, many saw these incredibly intimate and disturbing images or reports resurface time and again, without warning, when similar events happened, during court cases, when there was an anniversary or, perhaps most perversely, when an industry or peak body decided to acknowledge news coverage of the event with an award. Traumatic news is certainly Pulitzer, Walkley and even Logies’ territory.

Those at the centre of traumatic events told me how they were disturbed and disgusted by immediate squabbles between media personnel who wanted to secure exclusive deals with them to tell their stories, regardless of whether victims were dead or even out of danger.

They were almost always dumbfounded when – if media coverage had gone into overdrive – families were painted as “charlatans” or “money hungry” if they sought expert help to manage incessant media demands.

If incidents involved sudden, violent deaths, or the prospect of them, the people I spoke to said journalists needed to understand that they were initially in such deep shock and that they were barely functioning on the most basic level, let alone ready to give any sort of informed consent or co-operation to news personnel.

Worse, many felt betrayed when they had allowed news media into their lives at such a private moment.

Harmful inaccuracies, formulaic or superficial coverage, broken promises and downright lies caused these individuals and families unnecessary extra stress when they were least able to deal with it.

Indeed, in an age where technology facilitates the frighteningly swift arrival of hundreds of news personnel who report for literally thousands of global news outlets throughout the day, participants said little thought was given to the considerable demands placed on already traumatised individuals by news media.

Foot-in-the-door journalists seemed only to be pleased as long as their rolling deadlines were met and the thirst for new angles sated.

When that barrage abated the news caravan moved on, with few in the media looking back, even for a moment, at the damage that might have been caused.

Having covered police rounds and worked on several big stories in capital city newspapers for the better part of a decade [UPDATE: and nearly another decade inside those newsrooms sub-editing breaking news copy since this was first written], I understand the nature of providing up-to-the-minute coverage and analysis in an increasingly competitive environment.

It can be particularly demanding, often daunting, frequently emotionally and visually confronting work and occasionally it can be deeply disturbing.

But the dual pressures of competition and technology only serve to elevate the importance of some urgent reflection on best practice responses to covering traumatic news events.

In Australia we have certainly had our share of particularly difficult stories over the past decade or so to reflect on.

Yet the way in which our news media respond to these incidents – particularly those media with few local connections to hold them accountable – is more appropriate to tracking down fraudulent public figures or unrepentant corporate criminals than dealing with innocent individuals who have endured unspeakable horror.

Despite the fact Australian journalists have numerous codes of ethics and practice, some of which have been around for decades, self-regulation in the area of covering traumatic events is not working.

I suggest this is because key journalists and newsrooms continue to hold tight to a veil of ignorance, in the process denying victims and survivors even a modicum of respect.

But the hour-glass is rapidly emptying, for individual journalists and for the industry as a whole.

Journalists readily acknowledge that they can be deeply affected by covering traumatic events, especially when they must cover them regularly.

Now it’s time for the industry to discover and discuss the truth about how its actions affect others and respond by changing dangerous paradigms before litigation or regulation does it for them.

Trina McLellan, (back then) a lecturer in the School of Journalism and Communication at the University of Queensland, (had) recently completed a research masters thesis that examines the impact of news reporting on victims and survivors of traumatic incidents.